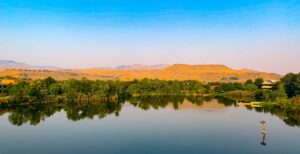 It’s a YMCA race day in SE Boise, and the sounds of arms and legs hitting the water at the Park Center Pond ring out over the din made by race onlookers standing on the shore, the clank of dishes in the bus tub on the patio at Barbacoa, and the quack of ducks fighting for a quiet space among the reeds on the shore. The pond at Park Center — one of the most popular pieces of SE Boise real estate–often plays host to community events like this one. With its open shores and friendly landscapes, it is an ideal location for people to come together.

On days when the local Y isn’t holding a triathlon, this area of SE Boise real estate is home to children’s sailboats with little red sails, wind surfers defying the breath of mother nature, and greenbelt joggers and cyclists who’ve stopped at the Moxie Java just off the greenbelt for a cup of Joe and a gander at the Boise Weekly. It’s also a place where Micron workers who’ve ventured from their offices of tech giant to the other side of SE Boise to have dinner with friends by the pond, which was donated to the city by Morrison Knudsen–now known as Washington Group.

Homes for sale in SE Boise offer buyers two areas of the city–zip codes 83706 and 83716–that have pretty distinct personalities and which are bound in some ways more by geography than by commonality. But it’s this diversity as well as some major landmarks like Boise State University, Park Center Boulevard, Bown Crossing, and Micron that also makes the area one of the most interesting and vibrant places in the City of Trees to live.

Like its North End and NE Boise counterparts, SE Boise came into being in the last years of the 19th century with both single-family homes and subdivisions growing up in the area. These homes popped out of the weeded landscape like hearty wildflowers, bringing home and hearth to the area, and one of the first was also one of the most impressive. The now historic Bown House on Park Center Boulevard with its duo-tone sandstone and Italianate architecture represented the epitome of luxury in the late 1800s. It also represented a shift from families living in tents to families residing in more permanent places.

By the 1890s, the Dundee First Subdivision began offering SE Boise homes for sale at the price of $2400 to $3000. Within the span of 20 years, the neighborhood spawned the Village Improvement Society in order to petition for more parks in the area as well as for roadside and school beautification.

As well, the 1900s brought public transportation to the area in the form of a streetcar, which town folk could catch sight of from Linden Street to Broadway. But the town’s love affair with the railroad proved to be short-lived. A new romance with the automobile had begun and in short order the railroad business was gone before the Depression years hit, bringing with it a diaspora of people driven from their previous homes by the Dust Bowl.

But the Great Depression also brought with it the WPA (Works Progress Administration), which in turn brought one of Boise’s most important and enduring institutions with it, Boise Junior College. Before the stadium and the famous blue turf made Boise State University famous, there was the Boise Junior College (BJC).

Located about three blocks from the Dundee First Subdivision, this piece of SE Boise real estate became the permanent home of the college in the 40s. The architectural style of BJC favored the Collegiate Gothic, giving the college an instant air of grandeur and long tradition, and providing the college its permanent home, where it still stands today.

Originally started by the Episcopal church in 1932, the college gained its status as an independent school two years later, and has educated thousands of students in the process and spawned a host of illustrious graduates, including Hollywood director, Michael Hoffman and former CEO of Micron Technology Steve Appleton.

Micron Technology and Columbia Village: Connecting Home and Work in One Place

Incorporated in 1978, this piece of SE Boise real estate is the home base for a multibillion dollar company. Micron counts as one of the largest employers in Idaho and thousands of people go to and from the company everyday to work. They work every capacity from the clean room to engineering. The company provides a career start for many in the tech industry, including Mr. Appleton himself, who impressively began his career at Micron on the factory floor.

Although Micron sits on the edge of town, the area where it resides isn’t isolated. To the contrary, this area of Boise has a thriving community with plenty of kid-friendly neighborhoods, ball fields for sports, and an outlet mall where locals can stop in for a taste of chocolate at the Rocky Mountain Chocolate Factory or to shop for jeans or cookware before heading home to be with their families.

People looking for SE Boise homes for sale in this area will find Columbia Village to be a welcoming community with plenty of places for their kids to play at the Simplot Sports Complex. Home seekers will discover a variety of living spaces from duplexes to homes with plenty of office space to house the small businesses that may one day join the ranks of multinational companies like Micron that find their headquarters in Boise.

Out by Micron, much of the Columbia Village subdivision sits at the base of a protected hill, where clusters of homes surround the sports complex and rec center. Residents of this SE Boise neighborhood blow off steam by volleying tennis balls back and forth on the courts or by throwing a frisbee with friends around the neighborhood disc golf course. And civic-minded community neighbors can hold court in the Columbia Village meeting room, enjoying fresh coffee or snacks that they prepare in the on-site kitchen.

While the area near this prominent SE Boise subdivision is a self-contained area, residents who’d like to experience a change of scenery will find myriad restaurants, shops, and parks closer to the center of town if they head back toward Park Center. 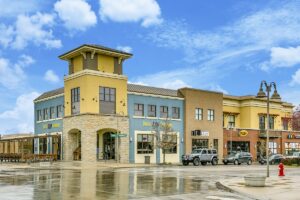 At Bown Crossing, Old Europe has been reborn with a twist. The Italianate architecture of the building tops touches the cerulean blue sky. Pedestrians amble casually across the street, pushing bicycles as they chat about the upcoming PTA meeting at Riverside Elementary. Eventually, these casual strollers will mount their bikes once again and head to the East End Market at Bown Crossing for a little Sunday shopping or catch the greenbelt for an evening bike ride before heading home. 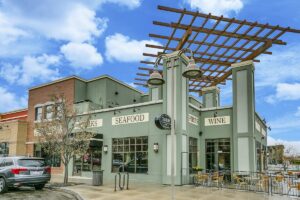 Elsewhere in Bown Crossing, crowds gather for an early dinner at the Tavern at Bown. Hungry patrons smell steaks grilling and the clink of their wine glasses ring in the air like little chimes. This evening out at one of SE Boise’s finest eateries provides a sojourn between the weekend and the coming duties of Monday morning.

At the end of dinner these families gather in their cars to head to Baggley Park to throw a softball before heading back home for the evening. They play as the air grows crisp and dream of summer days when they can substitute substitute swimsuits for slacks and Ivywild Park for Baggley to take a dip in the pool. They imagine running the length of the twisting slide that brings them back down to earth and on to the next sliding adventure.

But it isn’t summer. Not yet, and tomorrow, they’ll go to work and the kids will head off to school. Fortunately, for these families living in SE Boise, the area offers more than just great places to work and play; it offers families some of the best places in town to educate their children. Notable educational institutions include a school with an International Baccalaureate designation as well as schools that promote outstanding community involvement.

Sage International School is a charter school that has earned an International Baccalaureate (IB) designation from elementary to high school. IB students take part in an educational philosophy that teaches them to look outward to the world beyond their home borders.

Timberline High School was ranked by Newsweek as one of the top 1500 high schools in America. Its students are actively involved in their classes and have taken on projects that better the community like the Boise Architecture Project in conjunction with Preservation Idaho.

Les Boise Junior High helps students plug into the skills they need today and tomorrow. The school hosts events like the teen tech week, which encourages students to become tech savvy. It also provides parents with an online portal to their children’s school activities.

Liberty Elementary School is the elementary school that feeds Les Boise Junior High and Timberline High School. Teachers are encouraged to match instructional materials to their students’ needs, and all are encouraged to work together toward the common academic goals of the students.

Riverside Elementary school has long been considered one of the best Elementary Schools. 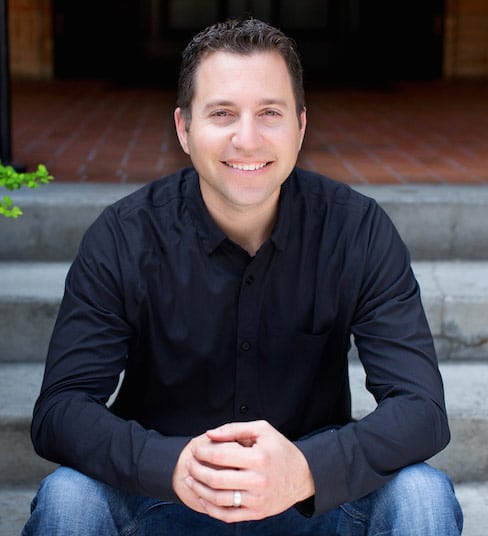